6th generation (6G) wireless systems will need to operate at extremely high frequencies, well over 100 GHz, in order to transmit data far faster than even emerging 5G would allow. At these high frequencies, signals cannot easily travel long distances. A power amplifier is needed to increase the signal power so that an end-user can receive a signal at a reasonable distance from a transmitter such as a base station. Current state-of-the-art technologies including the ubiquitous Silicon are unable to supply enough transmitter power at such high frequencies.

Our team's approach is an extension of over 25 years of pioneering work at UCSB with a semiconductor crystal called Gallium Nitride. This material can be formed into transistors which produce very large output power levels in power amplifiers. It is used today in cell phone base stations and radar, and it will be deployed even more widely in 5G systems. In order to increase the frequency of operation to reach 6G frequencies, we are adding some Indium into the crystal which allows the electrons to travel faster and will provide high power levels at ultra-high 6G frequencies.

Our team builds the transistor, which is a hardware building block. The transistor must be placed into a power amplifier circuit in order. We are working with Professor Jim Buckwalter's group at UCSB to put these state-of-the-art transistors into power amplifier circuits which is how they will be used in the system.  We are also collaborating with Professor Subramanian Iyer to develop new ways of connecting these transistors to circuits with very low loss by using a precision fabricated Interconnect Fabric built at UCLA.

This transistor will look very similar to other high-speed transistors once it is built, but the crystalline material that it is built on is different and this is what enables the high frequency operation. Our focus has been on demonstrating the crystalline building blocks needed for success, and we will continue to improve performance of the material over time. We have demonstrated (1) New methods to grow much thicker and smooth crystals of Indium Gallium Nitride (InGaN) in the N-polar (i.e. Nitrogen facing up) crystal orientation than was previously possible. (2) Making the Indium Gallium Nitride crystal electrically insulating so that electrical current only flows in the portion of the device that we want it to (necessary for high efficiency). (3) The InGaN when it is grown is being mechanically compressed which actually slows down the electrons, and so we have also demonstrated ways to allow it to expand by etching it into very narrow fins which naturally expand. 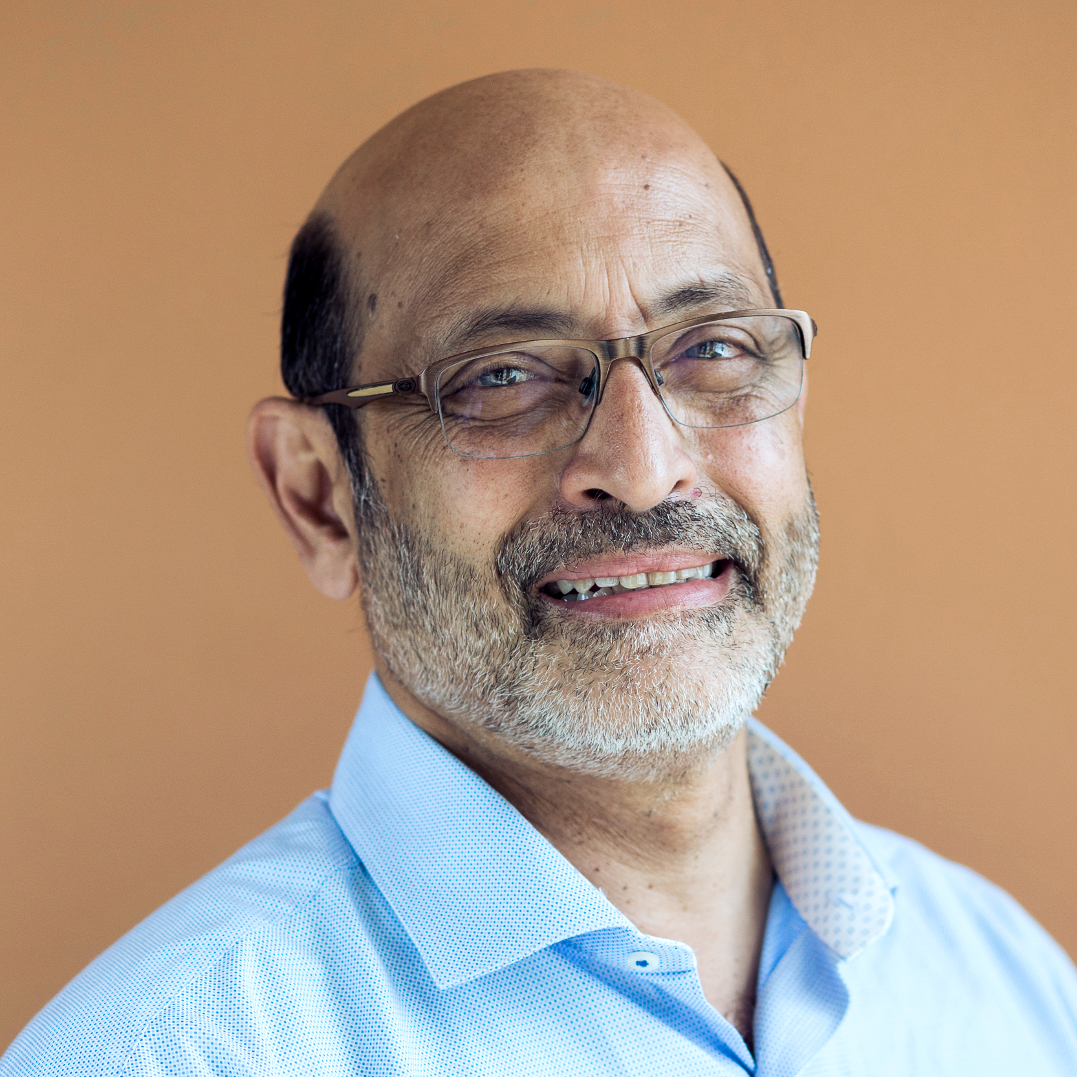 Umesh K. Mishra is a Distinguished Professor of the University of California and the Donald W. Whittier Professor of Electrical and Computer Engineering at the University of California, Santa Barbara. He received his BTech degree from the Indian Institute of Technology, his MS degree from Lehigh University, and his PhD degree, in 1984, from Cornell University. He has supervised more than 65 PhD theses with over 40 of them in the field of gallium nitride (GaN) materials and devices. He has more than 1000 papers with a Web of Science h index of 88, and was included in the Thomson Reuters 2014 list of Most Cited Researchers. He co-founded Nitres in 1996 (acquired by CREE in 2000) and Transphorm in 2007, which has commercialized GaN-on-Si transistors for power conversion, and where he currently serves as Chairman and CTO. He has received numerous awards including the IEEE MMT-S Distinguished Educator Award, the IEEE David Sarnoff Award, the ISCS Welker Medal and the ISCS Quantum Device Award for his contributions to the development and commercialization of GaN electronics. He is a Fellow of IEEE, an International Fellow of the Japanese Society of Applied Physics, Fellow of the National Academy of Inventors and a Member of the National Academy of Engineering.