Wireless system designers are looking to Massive MIMO architectures at high frequencies to increase capacity and serve multiple users simultaneously. However, there are many environments in which designers might want to use Massive MIMO. Different channels and use cases have different design needs and systems will not translate between all of these cases.

Massive MIMO THz array systems require extremely high throughput communication between the chips in the array to perform computations. Conventional electrical link architectures have some drawbacks that may prevent them from achieving the desired bandwidth.

To fit a design to each use case, analysis of the system, technology, and channel needs are examined at a high level. Our group uses hardware informed estimates to analyze design decisions. The effect of system decisions then changes the architecture, design, and circuit specifications. We design circuit generators to aid in speeding up design and layout of relevant circuits to accelerate design even with changing specifications and environments. These generators work across various specifications and technologies.

Fellow ComSenTer researchers are coming up with new circuits and system architectures which are constantly informing how we identify the best suited circuit and architecture for the intended environment. 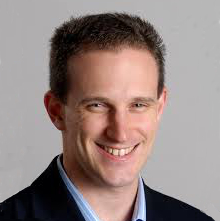 Elad Alon (S’02–M’06–SM’12) received the B.S., M.S., and Ph.D. degrees in electrical engineering from Stanford University, Stanford, CA, USA, in 2001, 2002, and 2006, respectively. In 2007, he joined the University of California at Berkeley, Berkeley, CA, USA, where he is currently a Professor of electrical engineering and computer sciences and the Co-Director of the Berkeley Wireless Research Center.

His current research interests include energy-efficient integrated systems, including the circuit, device, communications, and optimization techniques used to design them.Dr. Alon was a recipient of the IBM Faculty Award in 2008, the 2009 Hellman Family Faculty Fund Award, the 2010 and 2017 University of California at Berkeley Electrical Engineering Outstanding Teaching Award, the 2010 ISSCC Jack Paper Award for Outstanding Technology Directions Paper, the 2011 Symposium on VLSI Circuits Best Student Paper Award, and the 2012 as well as the 2012 and 2013 Custom Integrated Circuits Conference Best Student Paper Award.